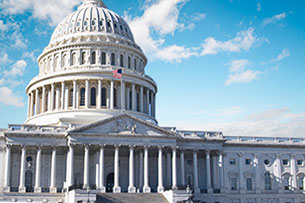 A health flexible spending account (FSA) is an employer-sponsored account that employees can use to pay for or reimburse their qualifying medical expenses on a tax-free basis, up to the amount contributed for the plan year. Health FSAs are subject to a “use-or-lose” rule that generally requires any unused funds at the end of the plan year (plus any applicable grace period) to be forfeited.

As an exception to the use-or-lose rule, employers may allow participants to carry over up to $500 in unused funds into the next year. The carry-over amount may be used to pay or reimburse medical expenses incurred during the entire plan year to which it is carried over. Also, the carry-over amount does not count toward the Affordable Care Act’s (ACA) limit on employees’ salary reduction contributions to a health FSA.

On Nov. 10, 2021, the IRS released Revenue Procedure 2021-45, which increases the limit for unused health FSA carry-over amounts from $500 to a maximum of $570, as adjusted annually for inflation. This increase is effective for plan years beginning on or after Jan. 1, 2022.

In addition, the ACA imposes a dollar limit on employees’ annual pre-tax salary reduction contributions to a health FSA offered under a cafeteria plan. The ACA set this limit at $2,500, effective for plan years beginning on or after Jan. 1, 2013 (indexed for cost-of-living adjustments in later years). An employer may impose its own dollar limit on employees’ salary reduction contributions to a health FSA, as long as the employer’s limit does not exceed the ACA’s maximum limit in effect for the plan year.

An employer, at its option, may amend its Section 125 cafeteria plan document to allow up to $500 of unused funds remaining at the end of a plan year in a health FSA to be paid or reimbursed to plan participants for qualified medical expenses incurred during the following plan year. For this purpose, the remaining unused amount as of the end of the plan year is the amount unused after medical expenses have been reimbursed at the end of the plan’s run-out period for the plan year. For plan years beginning on or after Jan. 1, 2022, the limit on health FSA carryovers increases from $500 to $570.

The IRS has provided the following rules for health FSA carryovers:

In addition, if an employer amends its plan to adopt a carryover, the same carry-over limit must apply to all plan participants. However, an employer may limit the availability of heath FSA carryovers to individuals who have elected to participate in the health FSA in the next year, even if the ability to participate in the health FSA requires employees to make a minimum salary reduction election.

In Notice 2015-87, the IRS provided the following example to help explain how this eligibility rule works.

With respect to a participant, the amount that may be carried over to the following plan year is equal to the lesser of:

Effect on the ACA Dollar Limit and Grace Period

Health FSA carryovers do not affect the ACA’s dollar limit on salary reduction contributions. This means the plan may permit the individual to elect up to $2,500 (as adjusted for inflation) in salary reductions in addition to the amount that may be carried over.

According to the IRS, this carry-over option provides an alternative to the current grace period rule and administrative relief similar to that rule. A plan adopting this carry-over provision may not also provide a grace period with respect to health FSAs. Also, for any plan year, the plan may not:

The uniform coverage rule continues to apply for plans that allow carryovers. This rule requires the maximum amount of reimbursement from the health FSA to be available for claims incurred at all times during the period of coverage.

To allow health FSA carryovers, a cafeteria plan offering a health FSA must be amended to include the carry-over provision. The amendment must be adopted on or before the last day of the plan year from which amounts may be carried over, and may be effective retroactively to the first day of that plan year, provided that the cafeteria plan operates in accordance with the rules in the notice and informs participants of the carry-over provision.

In addition, as explained above, an amendment to a Section 125 cafeteria plan to increase the carry-over limit must be adopted on or before the last day of the plan year from which amounts may be carried over and may be effective retroactively to the first day of that plan year. However, there is a special amendment timing rule for the 2020 plan year. Employers that implement indexing of the maximum carry-over amount for 2020 may adopt an amendment to their Section 125 cafeteria plans by Dec. 31, 2021, effective retroactively to Jan. 1, 2020, provided that the employer informs all individuals eligible to participate in the cafeteria plan of the changes to the plan.

Carryovers to General Purpose Health FSAs
The IRS’ Office of Chief Counsel Memorandum provides that an individual who has coverage under a general-purpose health FSA solely as a result of a carryover of unused amounts from the prior year is not eligible for HSA contributions.

This rule applies regardless of the amount available from the health FSA for any month during the plan year. Thus, the individual’s ineligibility for HSA contributions continues for the entire health FSA plan year, even for months in the plan year after the health FSA no longer has any amounts available to pay or reimburse medical expenses.

An FAQ issued by the Department of Labor (DOL) clarifies that unused carry-over amounts remaining at the end of a plan year in a health FSA that satisfies the modified “use-or-lose” rule should not be taken into account when determining whether the health FSA satisfies the “maximum benefit payable limit” prong under the excepted benefits regulations.

Search for Topic or Service